The law firm currently employs 114 people, 18 of whom are attorneys. The rest are support staff. The directors of Chueu Inc. Attorneys are historically disadvantaged South Africans (“HDSA”) with 100% shareholding of the company.

Our people are competent and suitably qualified professionals possessing vast experience across various disciplines. We have a proven track record in the personal injury space in South Africa. Our organisational experience benefits from our deep understanding of the legal environment in South Africa and neighbouring countries.

Our company is fully committed to affirmative action and employment of previously disadvantaged groups. The firm’s staff complement is made up of the following:

Chueu Inc. Attorneys continually develops its employees’ skills in the following areas that it considers are key to its success

These training interventions are on-going and will change as management sees fit depending on the changing operational needs of the firm. 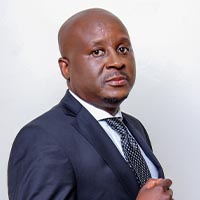 Holds B. Iuris and LLB degrees both awarded by the University of the North. He served his articles of clerkship at Haarroff, Fourie and Butler during 1997 and was admitted as an attorney of the High Court of South Africa during February 1998. He is a founding member of the firm and a senior attorney with over twenty (20) years’ experience practising for his own account and has extensive knowledge in the disciplines listed above. Mr Chueu grew the firm from its humble beginnings to its current standing. Under his leadership, the firm received recognitions for four years in a row, by the Law Society of the Northern Provinces for exceptional interest contributions to the Attorneys Fidelity Fund for the financial years 2013/14 – 2016/17. With the number of matters currently under litigation, Mr Chueu’s leadership & networks, and the service offered; the law firm is poised to grow even further. 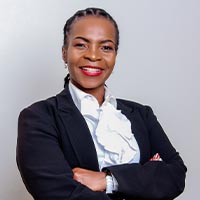 Holds a B. Proc from the University of the North, LLB and LLM (Communications Law) degrees from the University the Witwatersrand. She practiced in general litigation for three years and in communications law for 20 years, first as a regulator and later operating a successful talk radio station for 13 and half of those 20 years. During her helm at the station, it increased its revenue, grew its listenership four-fold, and improved the radio station’s general esteem in the public. The station won several awards during her tenure, including the BBC Radio Station of the year, a continental award. She joined Chueu Incorporated attorneys in August 2017. 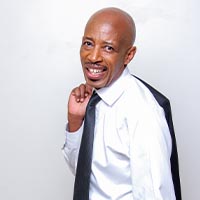 Graduated with B. Iuris and LLB degrees from the University of the North in 1988 and 1990, respectively. He served his articles of Clerkship at Molapatene Collins Ramusi and was admitted as an Attorney of the High Court of South Africa in 1992. He is one of the founding partners of Moseneke and Partners until 1996 when he joined Mohlaba and Moshoana Incorporated as a Director until 2002. He joined the Public Service in 2003 he was appointed Manager and Head of Legal Services at the National Communications Centre and in 2007 he was appointed Director of the Office for Interception Centres. He joined Chueu Inc. in May 2015 as a Director. Brian also served as a Head in the Truth and Reconciliation Desk of the African National Congress from 1997 until 2003. 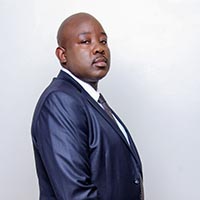 Holds an LLB degree awarded by the University of Limpopo in 2001. He served his articles of clerkship with Chueu Inc. during 2003 and was admitted as an attorney in 2004. Mr Tsetsewa has thirteen (13) years’ experience as an attorney and has been a director of the firm since 2012. He served as a Professional Assistant at Paul Masha from 2004 – 2006, as a litigation manager at the Legal Wise for a year, and another year as a sole practitioner until he returned to back to Chueu Inc in 2007. He was appointed as a Director in 2012. 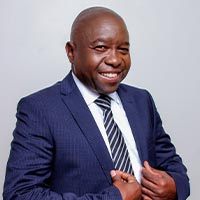 Graduated with B.Iuris and LLB degrees awarded by the University of the North. He served his articles of clerkship with Mohamed Omarjee Attorneys and the Soweto Justice Centre. He worked as a litigation officer of the Road Accident Fund before he joined Fourie Fismer Inc. in 2006 as an associate, and later promoted to head Magistrate Court Litigation Department. He was promoted again to an associate and senior attorney in the High Court Litigation Department until his resignation in August 2011, to join Chueu Inc. He was appointed as a Director at Chueu Inc in 2013. 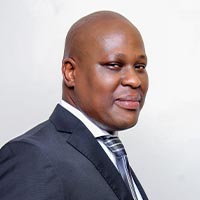 Graduated with a BProc degree awarded by Vista University in 1998. He served his articles of clerkship with Shapiro and De Meyer Attorneys and Schabort & Storm Inc. Mr Tsoku worked as a legal cost officer of the Road Accident Fund for three years before he joined Shai Mngomezulu Inc in 2005 as a professional assistant, and later joined Iqbal Mahomed Inc as an associate attorney in the High Court Litigation Department until his resignation in September 2012 to join Chueu Inc. He was appointed as a Director at Chueu Inc in 2013. 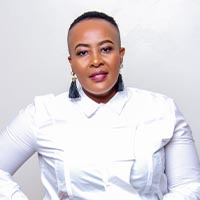 Graduated with LLB Degree awarded by the University of Pretoria in 2003 and served her articles of clerkship with Hugo & Ngwenya Inc. Ms Mathibela was admitted as an Attorney in 2007. She worked as a professional assistant and later as an associate at Hugo & Ngwenya from 2007 to June 2012 before she joined Sekati Monyane Inc in July 2012 as a professional assistant until her resignation in December 2012. Having joined Chueu Attorneys in January 2013 she was appointed director in October 2016. 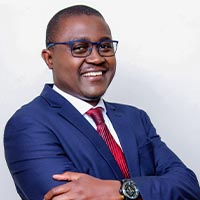 Holds a BBA (Accounting) degree (1993) awarded by Andrews University in Berrien Springs Michigan and an MBA awarded (2004) by The National University of Science & Technology in Bulawayo, Zimbabwe. He is currently studying towards a PhD. Having worked in various capacities (from Junior Accountant, to Assistant Treasurer, and General Manager) in various Non-profit Organisations and companies within the FMCG (Fast Moving Consumer Goods), transport sector, manufacturing sector, business consulting, forensic auditing, chemical salvage and health & hygiene sectors for over twenty-five (25) years, he has a vast knowledge and experience of working in the most challenging of work environments. He is currently the Chief Financial Officer (CFO) of Chueu Inc Attorneys. 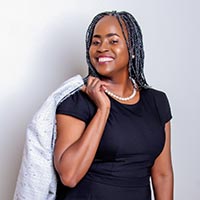 Holds a Bachelor of Medicine and Surgery (MBChB), MEDUNSA (1997), Postgraduate Diploma in Public Health, University of Western Cape (2005), Diploma in HIV Management, College of Medicine South Africa (2008), Diploma in Occupational Medicine and Health, University of Pretoria (2010), Master of Medicine: Public Health Medicine, University of Pretoria (2015) – she met the requirements for this latter degree 8 months in advance. She is also a Fellow of College of Public Health Medicine, College of Medicine of South Africa (2014). In addition to these medical qualifications, she also obtained a Course in Accounting and Finance for Medical and Health- Related Professions, UNISA (2001), Certificate in Project Management (with distinction), UNISA (2008) and she is currently studying an LLB degree at UNISA. She started her career as a Community Service doctor at Tintswalo Hospital in 1999 and ended her career in the medical field as Public Health Medicine Specialist in the Department of Health, Tshwane Health District, when she joined Chueu Attorneys as a General Manager in November 2016. 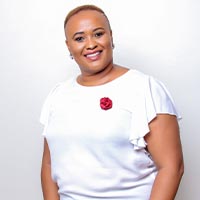 Mandisa Venesia Mtetwa is a highly astute, competent and qualified business professional with over 15 years management experience and strong exposure to the Retail and Fast-Moving-Consumer-Good (FMCG) industries and most recently the Legal fraternity. She started out in 1998 with SAB as a Packaging Trainee and she is currently the Operations Manager for Chueu Inc. Attorneys. This career progression, which is based on merit, is testament of her commitment to excellence and continuous improvement philosophy. She has previously worked as a Sales Manager (Libra Productions for Diageo), Distribution Centre manager and Key Account Area Manager (PepsiCo known as Simba Pty Ltd), Inventory Manager (Pick n Pay Hyper), Front Administration Manager (Checkers) and Senior Customer Consultant (Standard Bank). She has a strong pedigree in Key Accounts Management, Distribution, Logistics, Business Administration, Relationships, People and Business Management, Retail and Supermarket Operations. She first graduated from the University of Johannesburg with an Operations Management National Diploma in 1999 and from Unisa SBL with a Management Development Programme in 2014. She is currently registered with Regenesys Business School for further advancement. 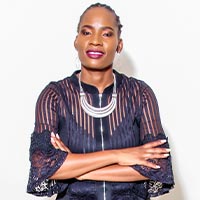 After completing her N6 Management Assistant Course at Lephalale TVET College during 1998, Martha Mmakwena Buthane was offered an opportunity by Chueu Attorneys Inc (Chueu, Chuene & Masha Attorneys by then) to start her practical experience as general office administrator during September 1999. Hard work, commitment and mentorship by the company paved her way to complete her eighteen months on the job training and she graduated in 2001 whereby she obtained her National Diploma in Management Assistant. She is currently studying towards obtaining her LLB degree with University of South Africa (UNISA). Her continuous loyalty, hardwork, and quality inputs in her work at Chueu Inc. Attorneys crafted her 20 years of unbroken service to the company. Through her diligent work, loyalty, honesty, and passion to deliver quality service to clients she earned herself a promotion to Office Manager (Litigation) in 2011, a position she has executed well for the past years.

Designed and developed by ThinkTank Creative